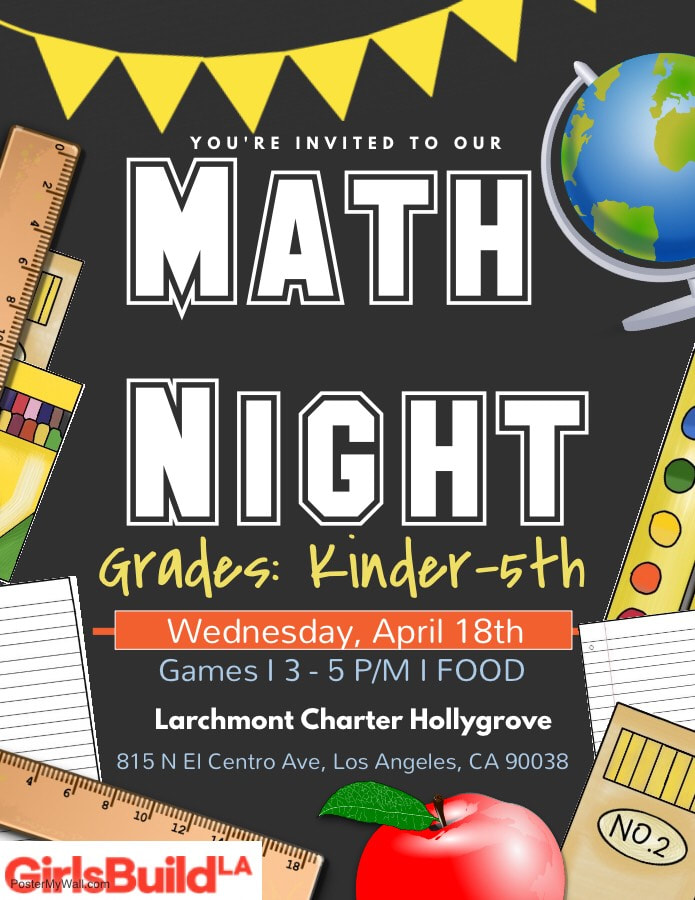 We held a math night at our school's elementary campus. The invitation was open to all kids but we strongly encourage girls to attend. While planning,  we decided it would be best to separate the students based on grades so that we could create games geared  towards what they are currently learning.
In our kindergarten room, we had three games. The first was a scavenger hunt; a game where two teams of students  searched for popsicle sticks with numbers on them-corresponding with their team color-and had to order the popsicle sticks correctly from 1-30. The next game was  a bean bag toss where students took turns throwing  bean bags into shapes on the ground and they had to say the number of sides and the name of whichever shape they landed on. The final kindergarten game was a maze; students had to follow the   correct path of numbers to get to the end.
We had a 1st and 2nd grade room where the students split into two teams and   did a relay race to complete a list of answers on the board that have to do with multiplication, addition, subtraction, and division.  They also played bingo to work on word problems.
In our 3rd and 4th grade room the students played bingo and jeopardy (playfactile.com/gblalcs) and also a few bonus problems and math topics that our team members taught to them.
This was an overall amazing experience. All of the kids had a blast playing the games that we made and doing math. Most of the young girls that we talked to said that they had a lot of fun doing these math games even though they didn't like math before. This interactive and engaging way of teaching math made it fun for the students and changed the way a lot of the students, especially young girls, felt about math.